Unity between Denominations? Part I: The Problem

Followers of Christ are quite clearly called to a profound kind of unity. Christ goes so far as to pray that we should be one in a manner akin to how He and His Father are one. Did you catch that? Christians are to share in the Divine Trinitarian Unity. This is quite radical! But is this what we observe when we look at Christianity?

No. Instead of being able to comfortably and fearlessly enter any church around the world with confidence that we will join with a community who professes all of the same faith we do, and will worship in accordance with God's will, and with whom we can receive Holy Communion, we must check the sign out the front, and pass them by if they are not in communion with us.

So how does one resolve this dilemma? A few days ago the solution I heard proposed, as I understood it, was basically this: while we should acknowledge the differences between denominations as real and significant (i.e., we should remain as separate groups), we should remember that our unity is grounded in Christ, and so shouldn't treat fellow brothers and sisters in Christ as though they are not just as Christian as we are. Really, it seemed to me to be a confused mix of "all this division is bad, but it should stay because the disagreements are important."

I think really it came down to the fact there is no way to have a visibly unified universal church in the Protestant paradigm, and so the conversation quickly moved to how the local church community should have unity, since that is more immediately achievable. This revolved around things like being truthful, resolving disputes quickly, living virtues like charity, patience, and humility, and doing the will of God. (cf. Eph. 4:1-6,25-32) All of which are important, and certainly the local church ought to be unified. But the Church is both local and universal.

So what is the problem? Christians ought to be one, and yet clearly aren't. How is unity to be achieved between denominations without compromising on the Truth of Our Lord? It seems hopeless in the Protestant paradigm, which is problematic given how important it seems to be to Jesus and the New Testament writers, but I am going to propose that it is possible, and has always been so, and unity has always been maintained in, the One, Holy, Catholic and Apostolic Church. 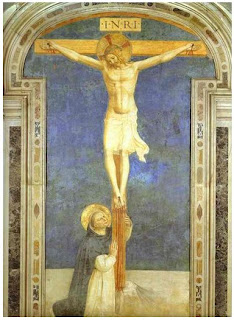 This issue is one very close to my heart. The disunity in the Body of Christ grieves me deeply for a number of reasons:

I am strongly of the opinion that if more of us, from whatever Christian background, went out of our way to build authentic friendships, Christ would bring much fruit from that. I speak mostly from the perspective of Catholic-Protestant relations, because that is what I have had most experience with. "Official" dialogue is made difficult with our Protestant brethren because there are so many groups and such widespread wariness of hierarchy that there is not much ecclesiological ground in common upon which we may build. Thus it must generally take place on the individual level, and this won't happen on a large-scale unless we are much more intentional about it.


Part II: What kind of unity are we called to?